Weighing In on "More to Love" 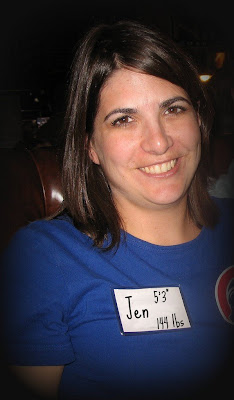 Last night "More to Love" premiered on Fox. As stated on the Fox website, " MORE TO LOVE, the new dating competition show from Mike Fleiss ("The Bachelor"), follows one regular guy's search for love among a group of real women determined to prove that love comes in all shapes and sizes." OK, so this premise sounds noble enough to me and I will admit that I have been known to watch The Bachelor, so I turned on "More to Love" last night. The new bachelor, 26-year-old Luke Conley was milling around the first cocktail party, meeting his new dating prospects. As each new woman was introduced, her name, height and weight appeared on the screen. I promptly changed the channel.

Why on earth was it necessary to reveal the height and weight of each woman? You don't see this on The Bachelor and Bachelorette. This doesn't seem to jive with the stated intentions of the show, that all people, no matter what their size, want love. What does their weight have to do with finding love? I wonder if the women who are participating in "More to Love" were aware that their weight would be revealed. Would any woman want their weight revealed on national television? The whole thing just disgusts me and brings to light some of my own insecurities.

Like most women, I obsess about my weight. I know that to most people, I look healthy and normal. But at 5'3" and 144 pounds, I am in the "Overweight" category of the BMI scale (Body Mass Index.) (I can't believe I just wrote that and am about to post this on the internet!!) I've got a gut that bothers me to no end. My boyfriend thinks I'm nuts and tells me that I look great. That doesn't seem to appease me, I still obsess. I work out on average 5 times a week and watch what I eat and drink. I feel like I'm always on a diet or thinking about a diet. I've been trying to lose 10 pounds for 2 years.

I wonder if I will get to a point in my life where I will let this obsession go, and be comfortable with my body. I don't know if that day will ever come. My cute and tiny mom who weighs less than I do obsesses about her weight just as much as I do. I know that part of the reason I obsess is because she does. (Not blaming you mamma, but it's the truth!)