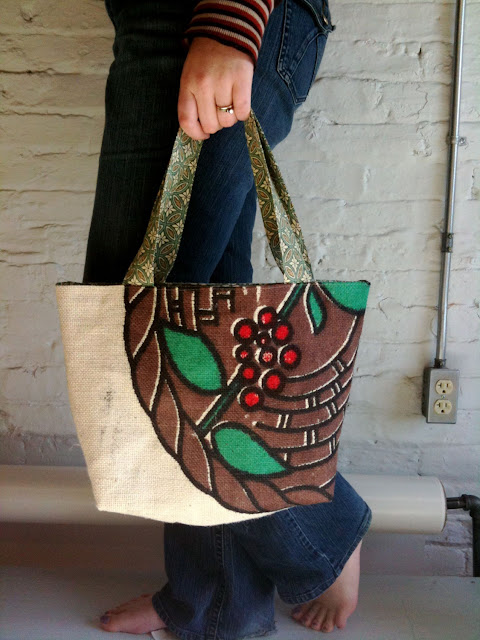 I ran a giveaway a few weeks back and failed to announce the winner.  (Sorry!) Danielle, the talented owner of Burlap Works, was the lucky recipient of the "Meant to Be" print. She creates beautiful bags and accessories fashioned from burlap coffee sacs. If you're a local, you can meet Danielle and see her beautiful bags at the City Market,  downtown on Friday evenings. She also offers her wares on Etsy.  I  am hoping to get one of her creations for my upcoming September birthday. (Hint, Hint Matt)
On a much more sober note, I lost one of my very dearest and oldest friends today. Lynn's one and a half year battle with breast cancer came to an end this morning. Just 2 weeks ago I had a great visit with Lynn, who was one of my college roommates. We made dinner, drank wine, and talked until the wee hours of the morning. I am so grateful for this time with her and so grateful for my friendship with this wonderful woman. She will be missed by so many.
Posted by Unknown at 7:57 PM 1 comments 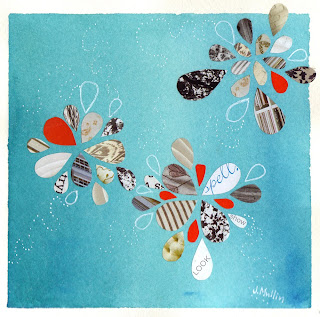 The end of August marks the beginning of the school year.  As a teacher, this is more of a "New Years" than January is. I've decided to make a few resolutions as I start the 2010-11 school year. I hope that posting them out for all to see on the blog will help me stick to them!
I leave you with a newish piece I've created entitled " Try, Look, Show, Tell." 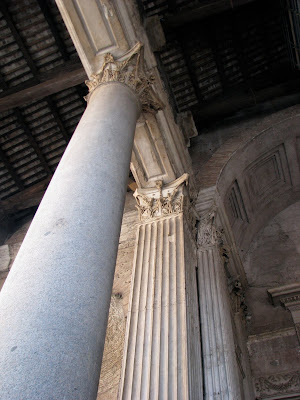 As I sit and write this post, I am listening to my "Italia Soundtrack". This eclectic collection of songs brings me right back to our room at Hotel Elide in Rome.

July in Rome is hot - desert hot. There was only so much walking and sightseeing I could do during the day without needing an air conditioned nap in our hotel room. (Matt, on the other hand could usually walk forever.) Our routine was to get up and go in the morning by 9 or 10 and then stay out until lunch time. Then, like all good Italians do, we'd head back to our room.

Our Italia soundtrack was formed during our daily afternoon siesta, watching the only station with some English broadcasting. Unlike the American version, MTV Italia broadcasts music videos 90 percent of the time. It was refreshing, for a time, until we noticed that their playlist was limited to the same 20 videos or so. Matt and I know know every word to "California Gurls" by Katy Perry and "Waka-Waka" by Shakira. ( I don't know if that's something I should be bragging about!) Besides the usual sugar pop, we were introduced to some new favorites like Stromae from France, the Baseballs from Germany, and the Drums from Brooklyn. (So strange that I had to go to Europe to hear the Drums!)

We spent seven days in Rome. This post would be a mile long if I wrote about all of the food, sights and art we took in, so I'll just hit some of the highlights. 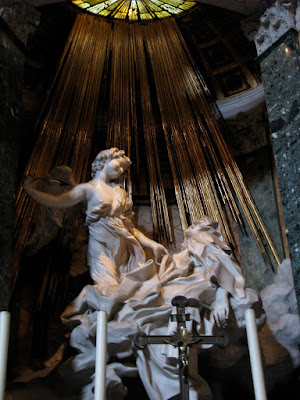 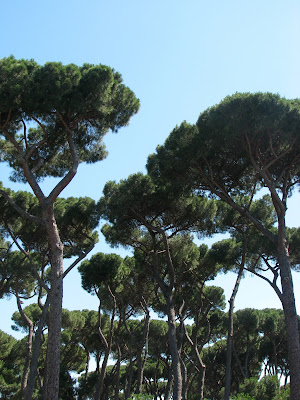 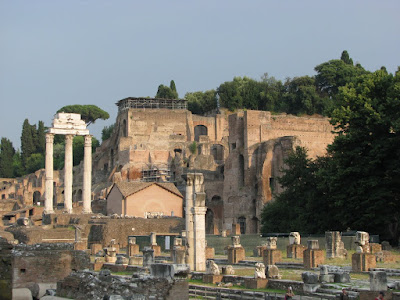 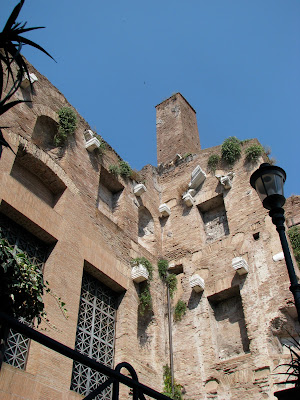 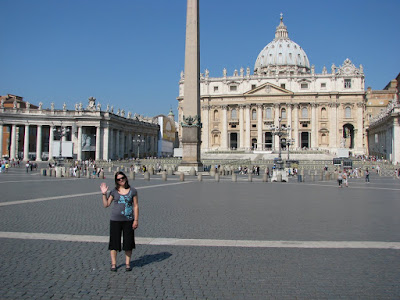 I leave you with a picture of me in front of my boss' house. (St. Peter's at the Vatican. Catholic school teacher humor Ha.) Our 2 weeks in Italy were truly magical and Matt and I can't wait to go back again.
Posted by Unknown at 3:40 PM 0 comments