We Bought a Fixer Part 2 - Taming the Ivy 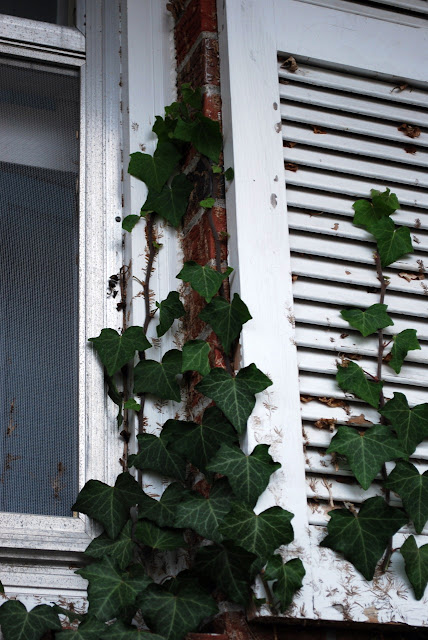 Hi there. How are you?
Are you ready for the holidays?
I'm feeling a little crazy.....Still much to do before we get back in the car on Friday and head up to Rockford!

In Part 1 of our home reno series,  you saw the house in its "natural" state. Nature, namely ivy was indeed taking over! Ivy was choking our large tree. Top left is a close-up of the beast wrapped around the tree trunk.
It was thick and deeply entrenched! Ivy had even grown into the shutters and window screens on the house. Ahhh! 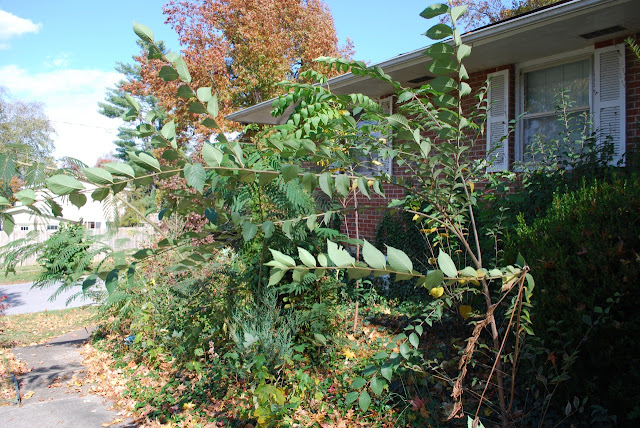 Ivy wasn't the only beast that needed to be tamed. We had dozens of weed trees that had been growing for three years. 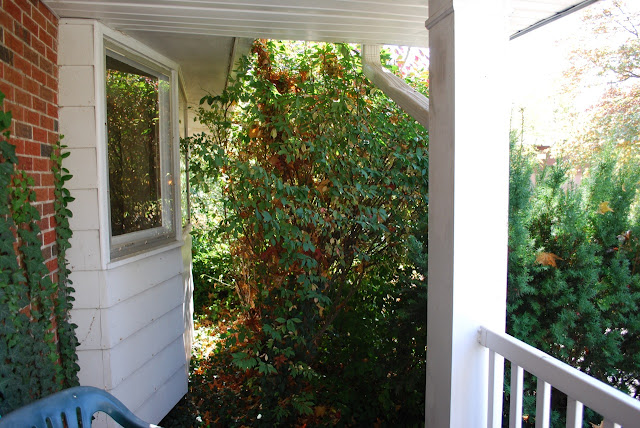 The actual landscaping was severely overgrown.
The front room was a dark hole as light was totally blocked out by the shrubbery.
We had a lot of work ahead of us! 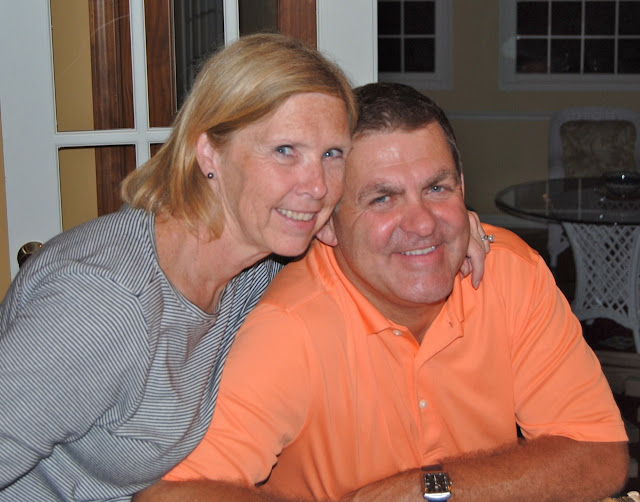 Enter our secret weapons.....
Grandma Vick and Grandpa Steve!
(Matt hates that I call his parents grandma and grandpa....But I just can't help it!)
Steve and Vicki came down to Carbondale the first weekend we took possession of the house. Unlike Matt, his dad really likes yard work and is darn good at it too. While Steve, Matt and Jack went to town on the yard, Vicki pulled wallpaper stripping duty. I had an art show the entire weekend, so I had no part in the work. Darn! 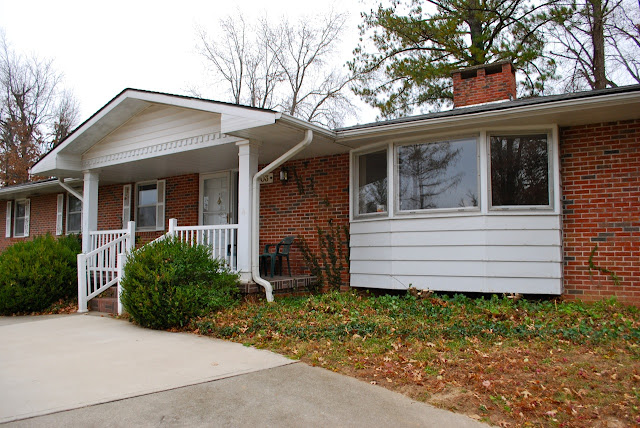 In one day, all of the offending weed trees and overgrown shrubs were removed, the gutters were cleaned, ivy was cut away from the house and the leaves were raked! 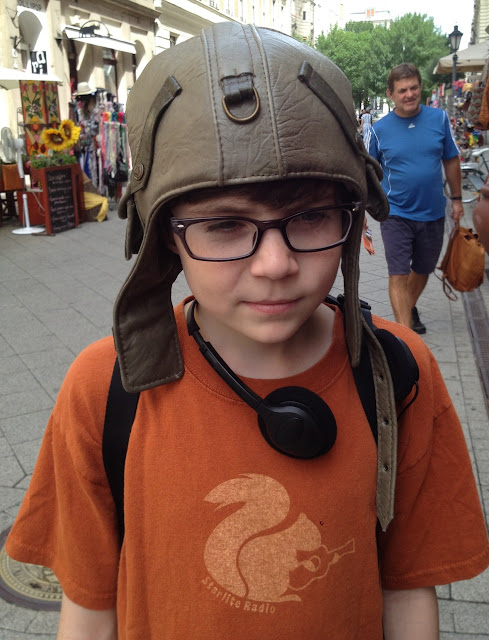 This picture has nothing to do with yard work. I took this pic of Jack when we were in Budapest this summer. I just love this shot and wanted to include a pic of Jack in this post. Isn't he cute? 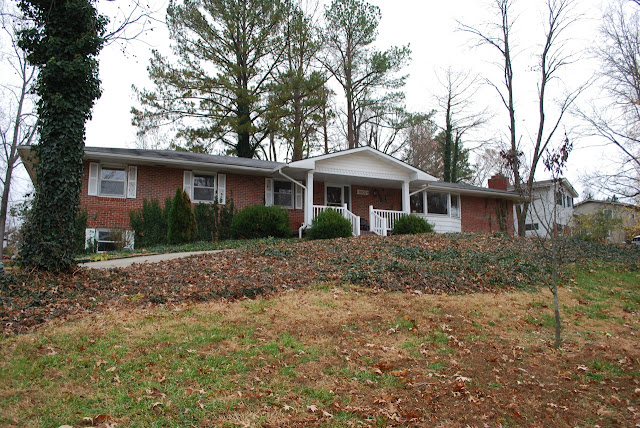 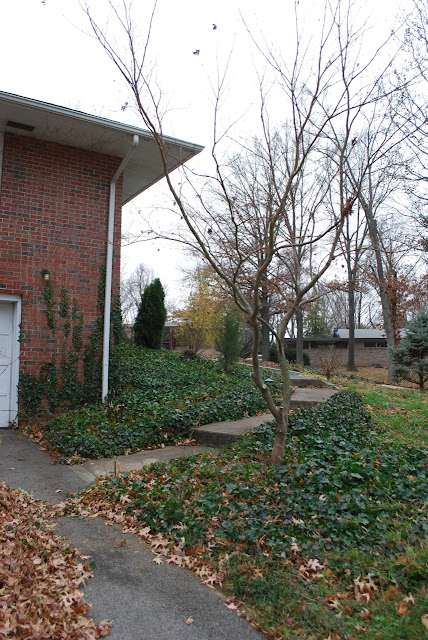 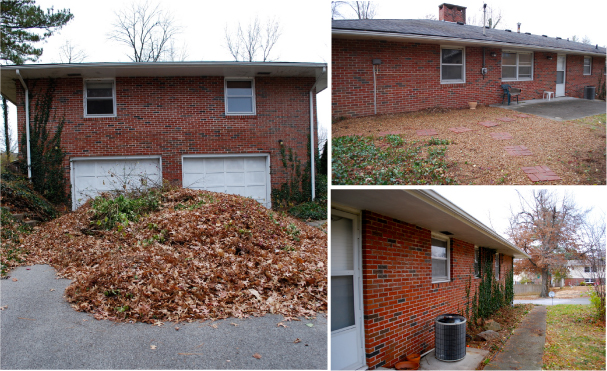 During the clean-up they uncovered a gravel patio and walkway that we didn't even know we had!
We are so grateful for all the work Steve, Vicki and Jack put in at the house and are so grateful that our house exterior is no longer the disgrace of the neighborhood!

Happy Holidays friends! Ta-ta.
Posted by Unknown at 8:37 AM