Kenya on My Mind

Hello again! How are you?

I've been back at home for about a week now, and I'm just now processing all of the amazing experiences I had with the Johnson's in Kenya and Budapest. 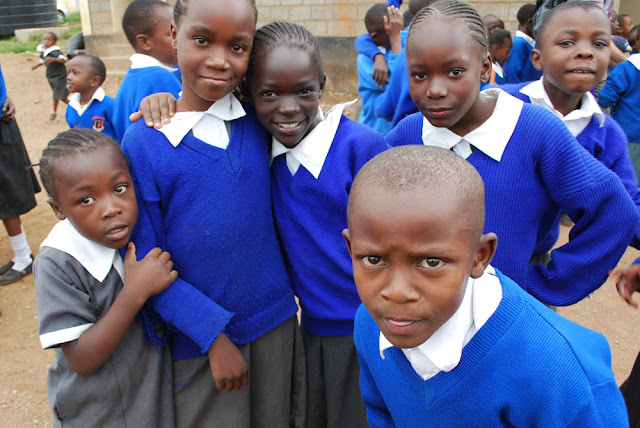 I took some 700 pictures over the 2 weeks, and I'm slowly editing my way through them. I wanted to post some of my favorites from our time at Raila School, where we ran a "Kids Club" for 6th and 7th graders. This school is in the heart of the enormous Kibera Slum of Nairobi. These kids are the poorest of the poor, yet still seemed so upbeat and happy to be in school. 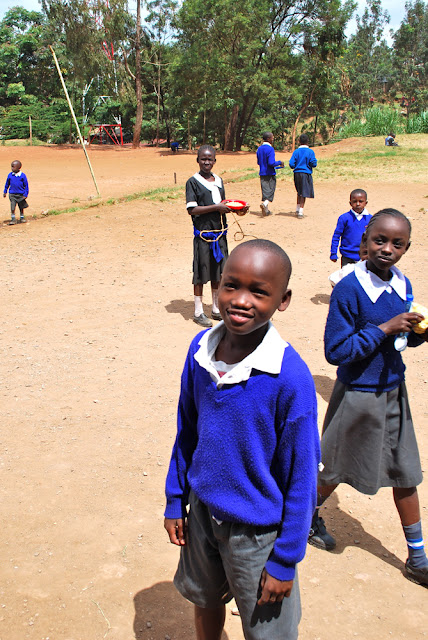 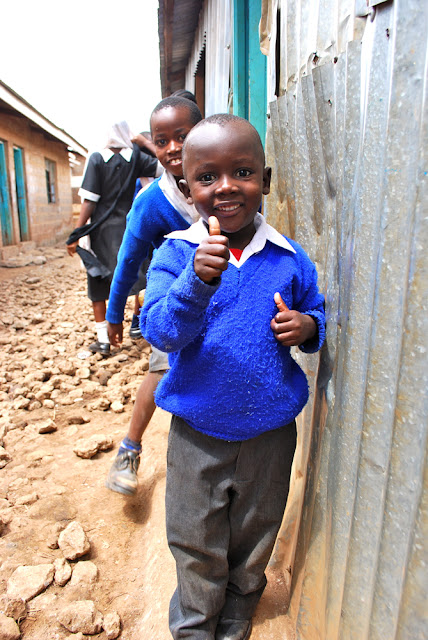 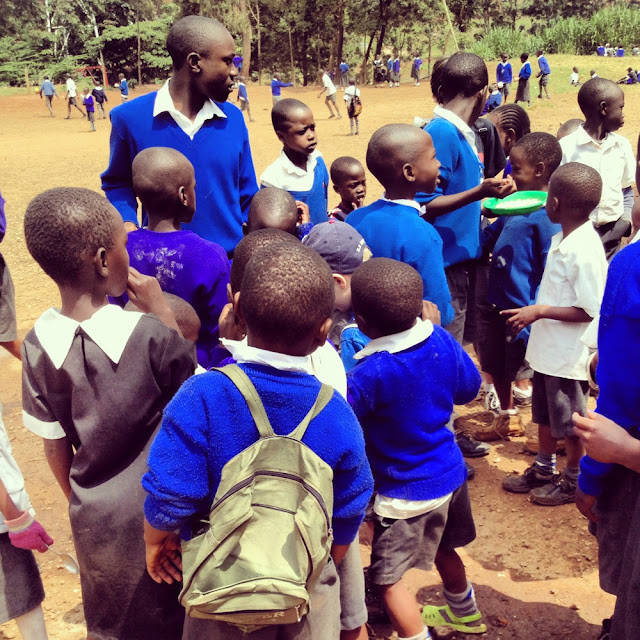 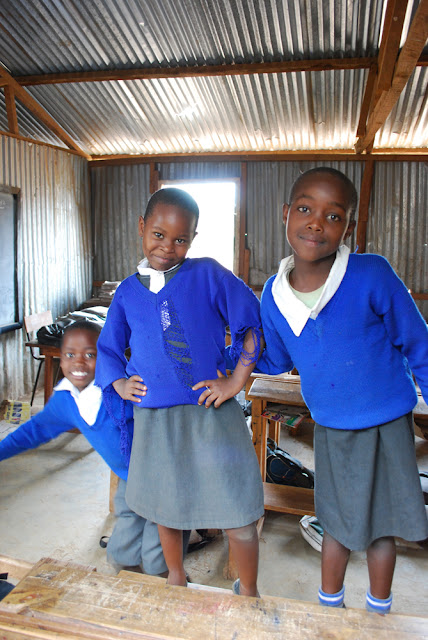 Children as young as 2 through high school all attend school on this one campus. There are upwards of 70 students in each standard (grade) with one teacher, and the school day is long......School starts at 6:00 am and goes until 5:30 pm for the upper grades.  They all wear uniforms, and wear them with pride, despite the fact that many are wearing uniforms that are in tatters. (Look at the sweater of the girl in the middle.) I dare any American student to complain to me about their school or wearing a uniform!!!! 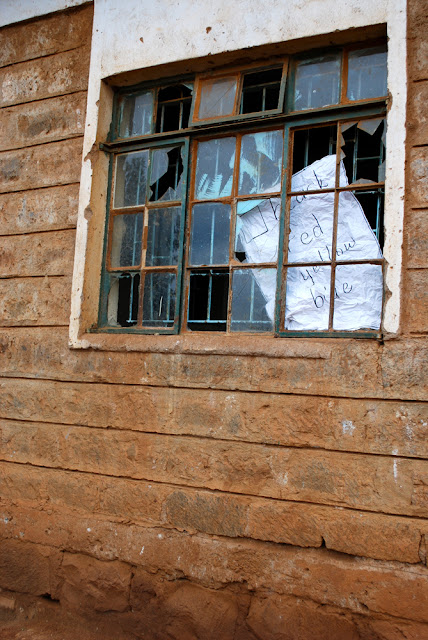 Carrie and I were charge of crafts during Kids Club. We had planned to make African style masks with the students.....They didn't quite turn out like we had intended, but they sure had fun and walked away with a finished product they could take home and be proud of. 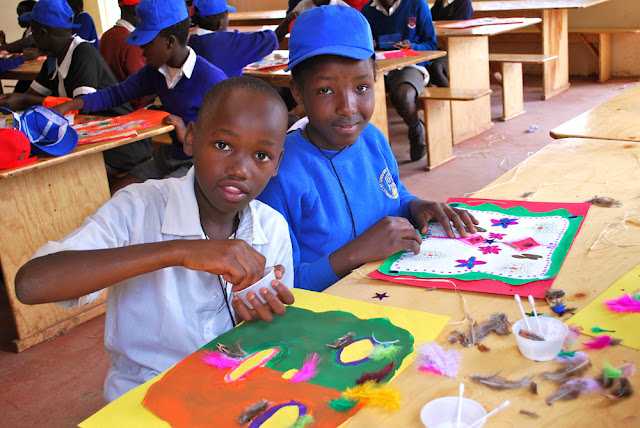 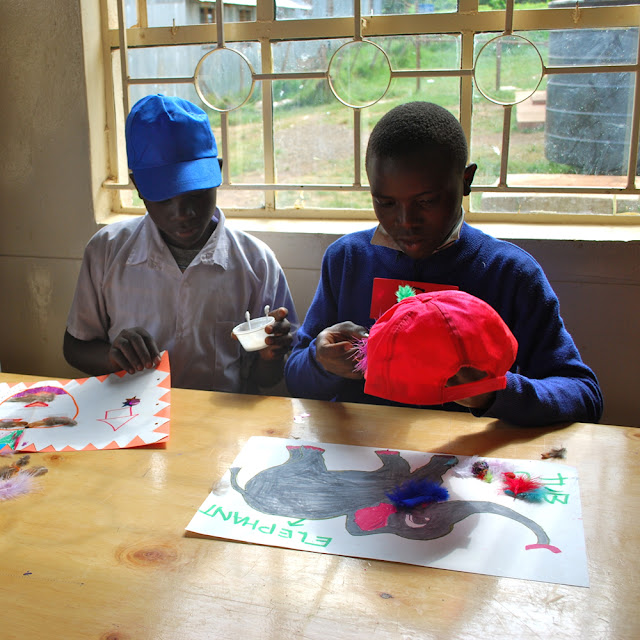 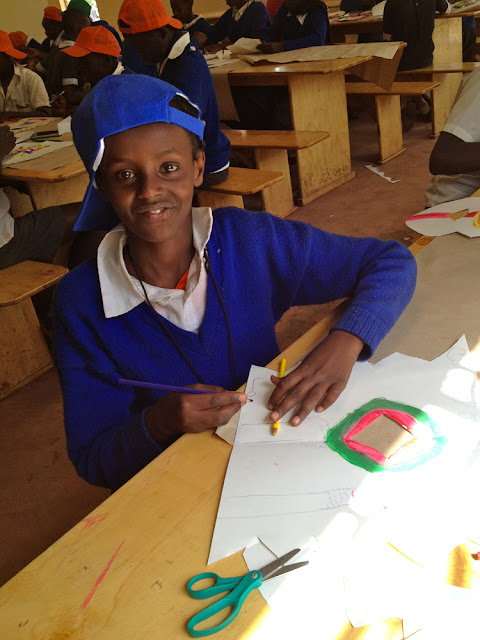 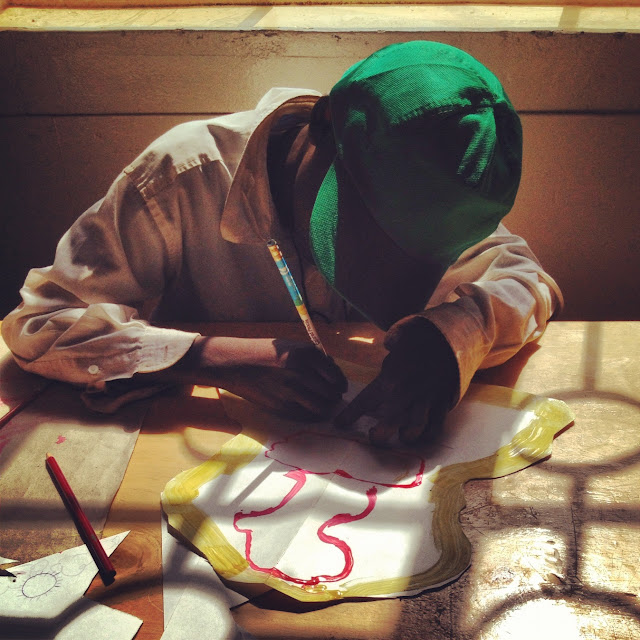 Working with these kids was honestly the most rewarding and positive teaching experience I have had in a very long time. These middle school aged students had anything but typical American middle school behavior. They were, polite,  respectful, enthusiastic and excited by everything we did. But, just like American kids, the 6th graders were a little more willing to be creative and individual, while the 7th graders were a bit more hesitant, and were concerned with what their peers would think of their work.  I was surprised to have to help many a student with scissors as these kids have so little experience with such a luxury item.  (Yes, I said luxury item.) 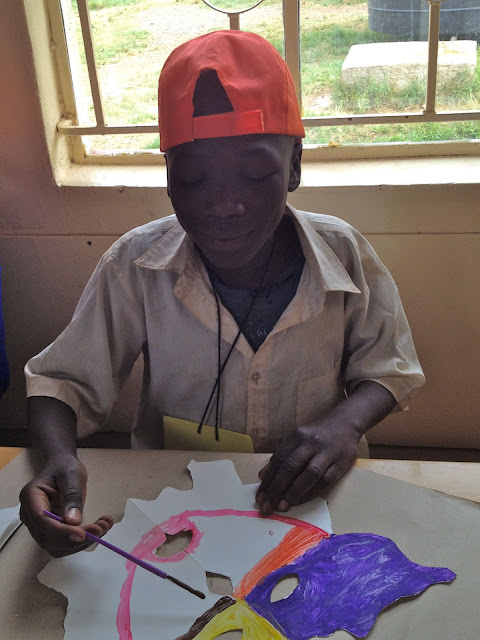 This is Richard, a 6th grader that really touched me. I suspect that he was more worse off than most (and they all came from extreme poverty!), as I saw him in the same filthy shirt all 4 days we were at Raila. Richard really seemed to enjoy the art part of Kid's Club and even stayed in during lunch one day to sweep up the floor with a couple other boys. When they had finished sweeping, I noticed the boys going through the garbage bag. I asked them what they were after, they said they wanted the used up glue sticks. That's right....empty glue sticks. I told them they could have them and they happily went outside to play. Later that afternoon, I found Richard by himself at recess, gluing little bits of string to the wall of a building with the remnants of his glue stick. It broke my heart. These kids have so little that they are so resourceful with what they find. I can tell you that I've thought about everything I've put into the trash since then.

I could go on and on with stories and experiences from my time at Raila, and this was just a small part of our trip to Kenya. Such a moving, beautiful, and eyeopening experience.

Next time, more about Nairobi and Safari. Ta-Ta for now!